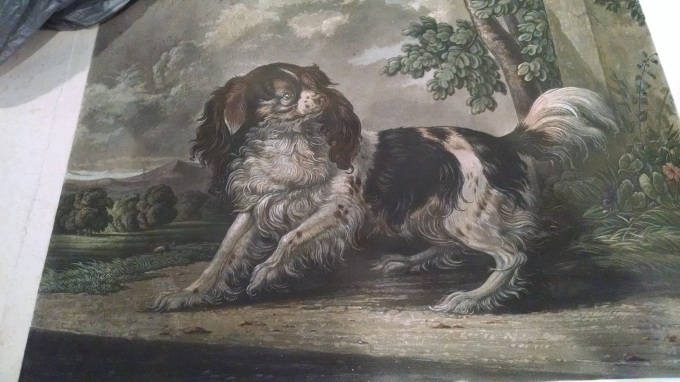 Many Cavalier owners, particularly breeders, become alarmed if a murmur is discovered by their Veterinarian. The owner/breeder naturally assumes the worst possible scenario namely the presence of  mitral valvular disease resulting in heart failure.  Often the affected canine is removed from a breeding program based upon auscultation findings. The assumption is that hearing a murmur suggests the presence of mitral valve disease that might be genetically inherited. In some countries,  movements are underway to ban any canine from the show ring if ausculatory findings suggest a murmur. This is unfortunate because detecting a murmur by auscultation is at best suggestive but not diagnostic of valvular disease.

Auscultation is defined as listening to sounds from the heart, lungs or other organs using a stethoscope. Many variables affect the examiner’s ability to identify an abnormal heart sound suggestive of a heart murmur. These variables include clinical ausculatory abilities of the examiner, quality of the stethoscope utilitized, hearing ability of the examiner, ambient or surrounding noise where the examination is performed,  patient (canine) factors including chest size, presence of obesity and or volume status and more.

Even if performed by a Board Certified Cardiologist, how accurate is auscultation to identify mitral valve disease in a toy breed such as the Cavalier? In scientific terms, critical questions are how sensitive or specific is auscultation to diagnose mitral valve disease? A highly sensitive test identifies those individuals afflicted with the disease known as “true positives”.  Test specificity is the accuracy to identify individuals without the disease known as “true negatives”.

In other words, if a murmur is identified by auscultation, does this mean the canine patient has valvular pathology? Are etiologies present other than valvular disease which can result in a murmur?

The gold standard for diagnosis of valvular disease is an echocardiogram. In trained hands, a heart ultrasound provides quantitative information about chamber size, valvular function and functional ability of the heart known as ejection fraction. An echocardiogram often detects abnormalities of pulmonary vessels associated with pulmonary hypertension.

In both human and veterinary medicine, a potential murmur heard on auscultation, even by trained ears, often is not substantiated by echocardiograohic findings. An abnormal heart sound identified using a stethoscope is only suggestive of  heart disease. An echocardiogram is the procedure used to definitively diagnose valvular and structural heart disease.

Some advocate that Cavalier owners/breeders purchase a stethoscope and learn to listen for murmurs in their canines. The results of this home monitoring is highly variable since most lay folks are not trained in auscultation. Nonetheless, possible abnormal heart sounds warrant examination by a professional. In the end, a trip to the Veterinarian or Cardiologist most likely will occur.

With the advent of 3D Echocardiography, the labeling of dogs, particularly show dogs, with mitral valve disease based upon a physical examination alone is short sighted and scientifically unsound. Others will say that an echocardiogram is too expensive to support its routine use for a cardiac evaluation. Nonetheless, using an unreliable test such as auscultation to disqualify a show dog from competition or breeding is neither sensible nor fair. Clearly, breeders wish to develop sound and healthy stock however;  not all murmurs are pathologic and ausculatory findings of a murmur are not diagnostic of cardiac disease. Introducing health regulations into the arena of conformation is a high stake decision. At the very least, the most accurate test and interpretation must be utilized when distinguishing healthy from unhealthy canines. Relying upon auscultation to diagnose the presence of mitral valve disease is scientifically wrong because of its many flaws and inaccuracies.

Mitral valve disease is one of the most important conditions identified in toy breeds including the Cavalier. If knowledge of this condition is important, then it is imperative to utilize an accurate test to identify or refute the presence of mitral valve disease. Echocardiography is a noninvasive quantitative test that is  diagnostic of  mitral valve disease.  The problematic question is whether Cavalier breeders and fanciers are willing to financially invest in the definitive findings of an echocardiogram.